I am a bassist with twenty-nine years of professional experience as a performer, instructor and composer of jazz music. I first started playing the electric bass at the age of sixteen and double bass at the age of nineteen. I took electric bass lessons with three different private teachers and played jazz in numerous ensembles before I commenced jazz studies in Arnhem (Netherlands) in 1991. My aim was to audition and continue my studies at the prestigious Folkwang Hochschule in Essen (Germany) after my first year in Holland. I was accepted at Folkwang Hochschule in 1992 into third year and graduated in 1994 awarded with a Diplom Jazz Musiker (Diploma in Jazz).

I was influenced by the great bass players of that time during my early career. Just like almost every other serious bass player, I started transcribing and copying soli and bass lines and practicing licks, trying to sound like one of the ‘greats’.

Very soon I came to the conclusion that this way of learning may be helpful in the initial stages of my learning, but will inevitably lead to copying other player’s styles and ideas. Because I wanted to develop a unique sound, I almost completely stopped transcribing and playing licks and focused on studying technique, tone material and rhythm.

The teaching philosophy of the Folkwang Hochschule in Essen supported my idea of stylistic independence, an idea that shaped my overall approach to performing, creating and teaching music.

I began working at the University of Auckland as a lecturer in 2004. Apart from my principal instrument, the bass, I have taught improvisation classes, theory and composition lectures, and special topics and supervised numerous postgraduate students. My teaching style is shaped by the same philosophy which later became the driving idea behind this DMA research project: The Personalization of Technique on Jazz Bass. 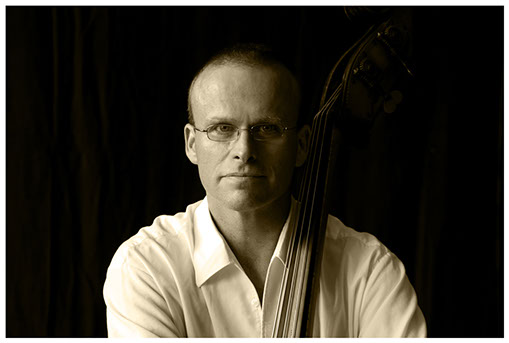